Since the last update I ended up doing a couple of art tests and wasn't able to dedicate much time towards this project. Since finishing those up however, I've been jumping around in the scene and I'm officially calling the blockout stage done.

I ended up creating three rough textures to get a feel for how they'll work in the scene, since they're tileable and pretty prominent, but I really just wanted to play around in Substance Designer! I also got caught up in adding too much detail to some of the meshes and wanted a break from modeling.

Aside from a bit of scaling out the area with the linoleum tile, the scale is working well overall in comparison to  the concept.

The next stage is to plan out where to start diving in and adding more mesh detail, as well as potentially creating a temporary metal texture that I can slap on stuff as I go. I'd like to make a very detailed plan of action so that I can keep on track with this and have more interesting stages of development to show, rather than randomly tackling things that I feel like doing in the moment. Still, it's important to have fun doing these side projects but we'll see how I get on with the planning.

If anyone reading has suggestions or would like to share their process, I'd love to hear from you!

Cheers and thanks for reading! 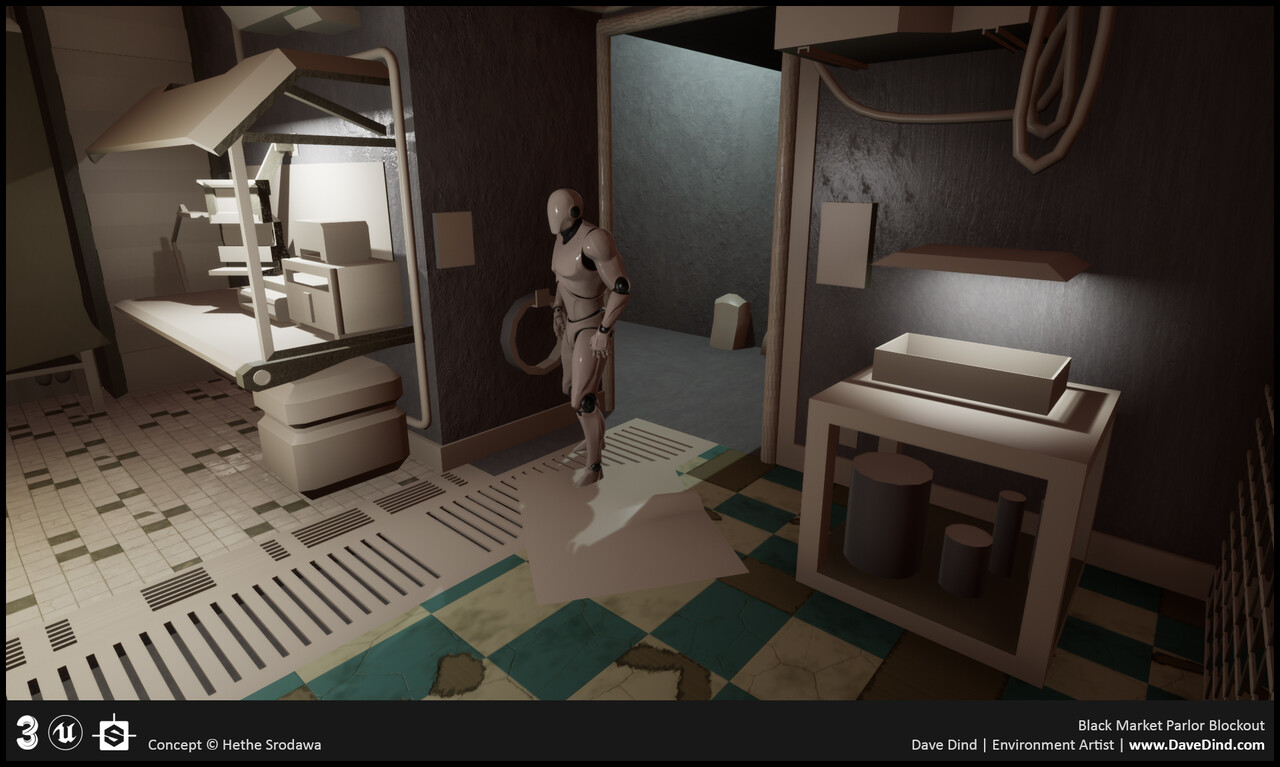 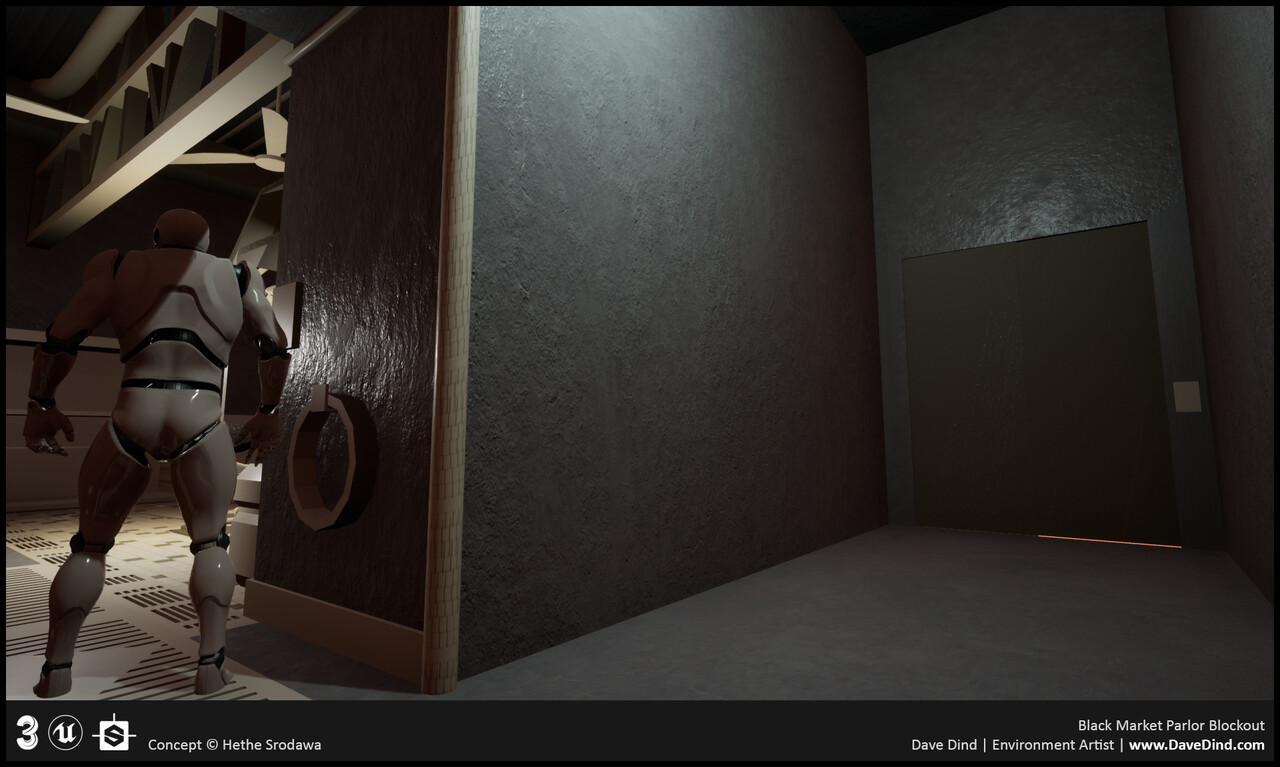 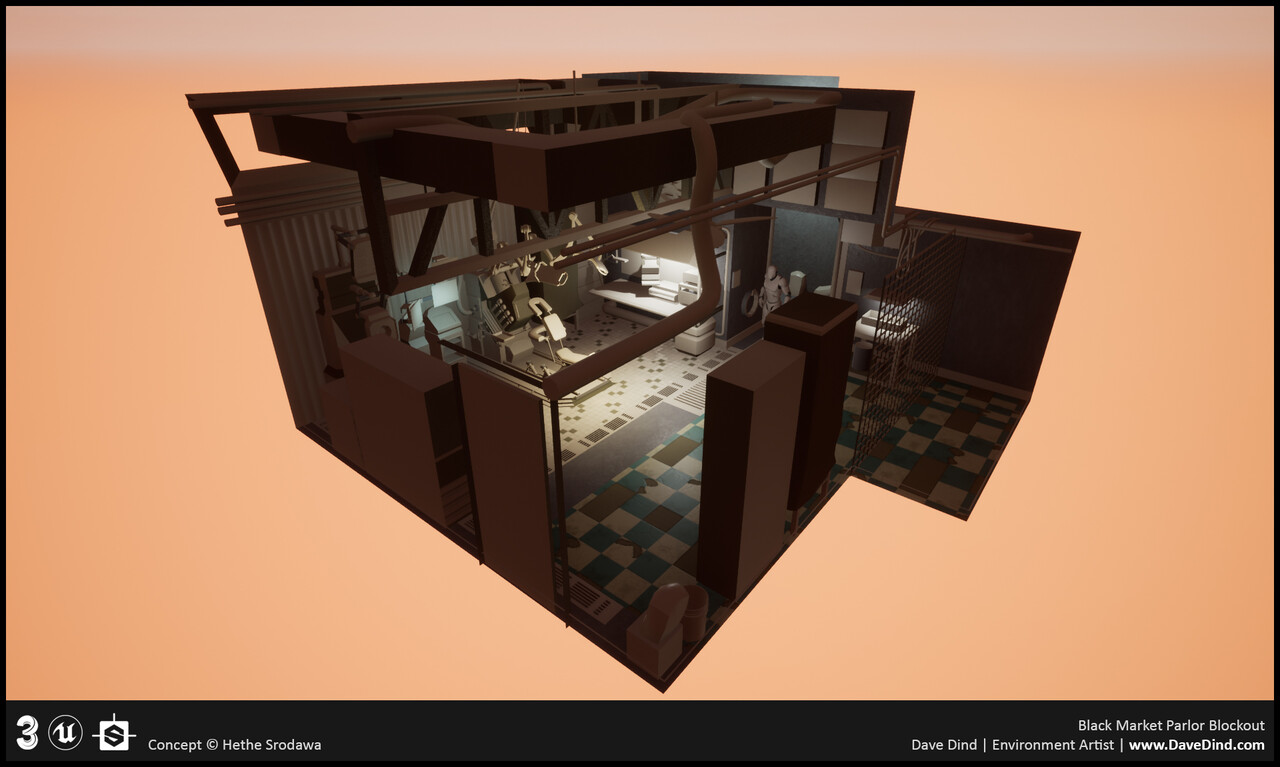 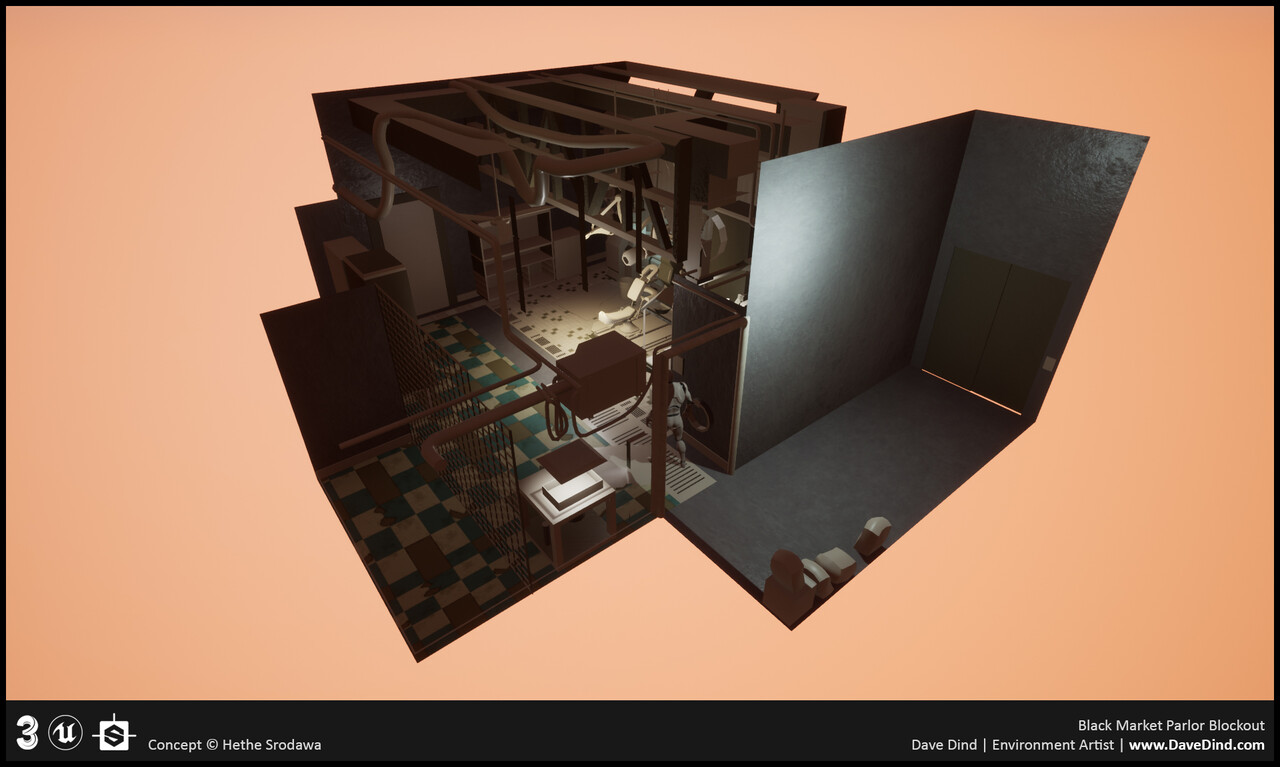 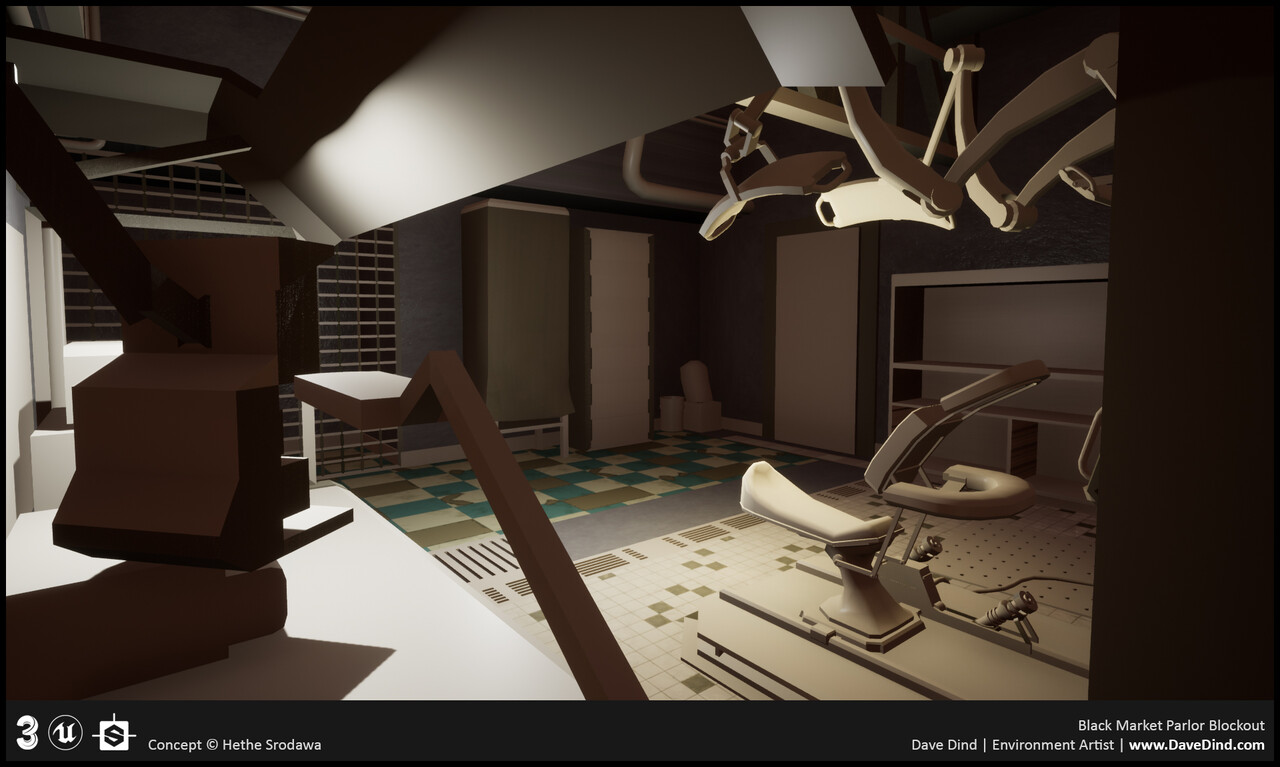 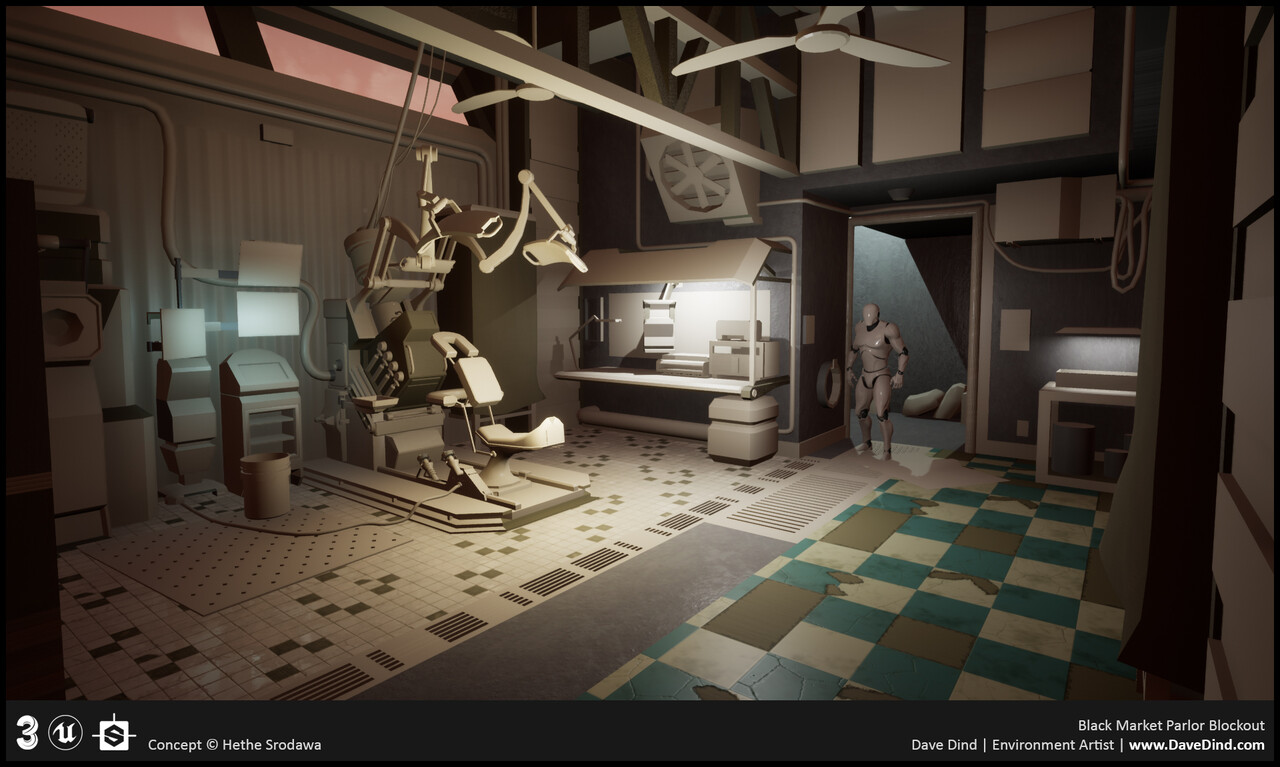 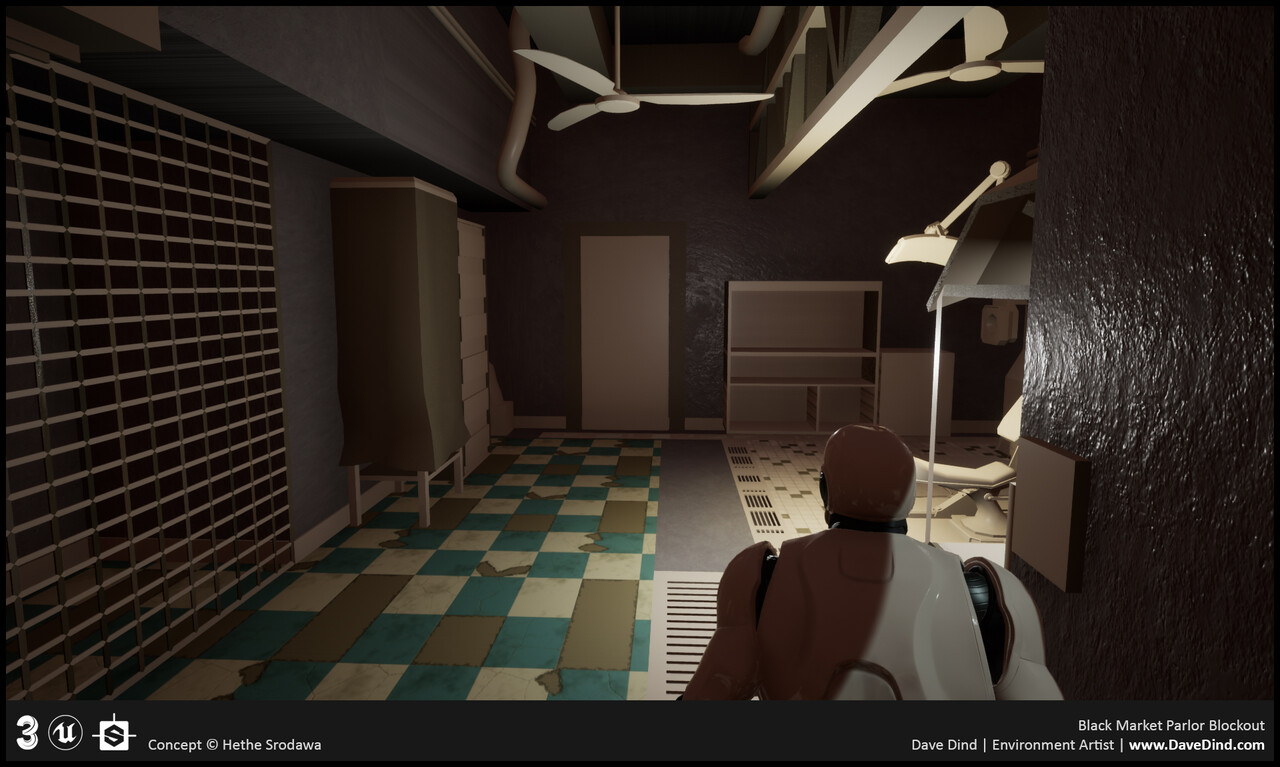 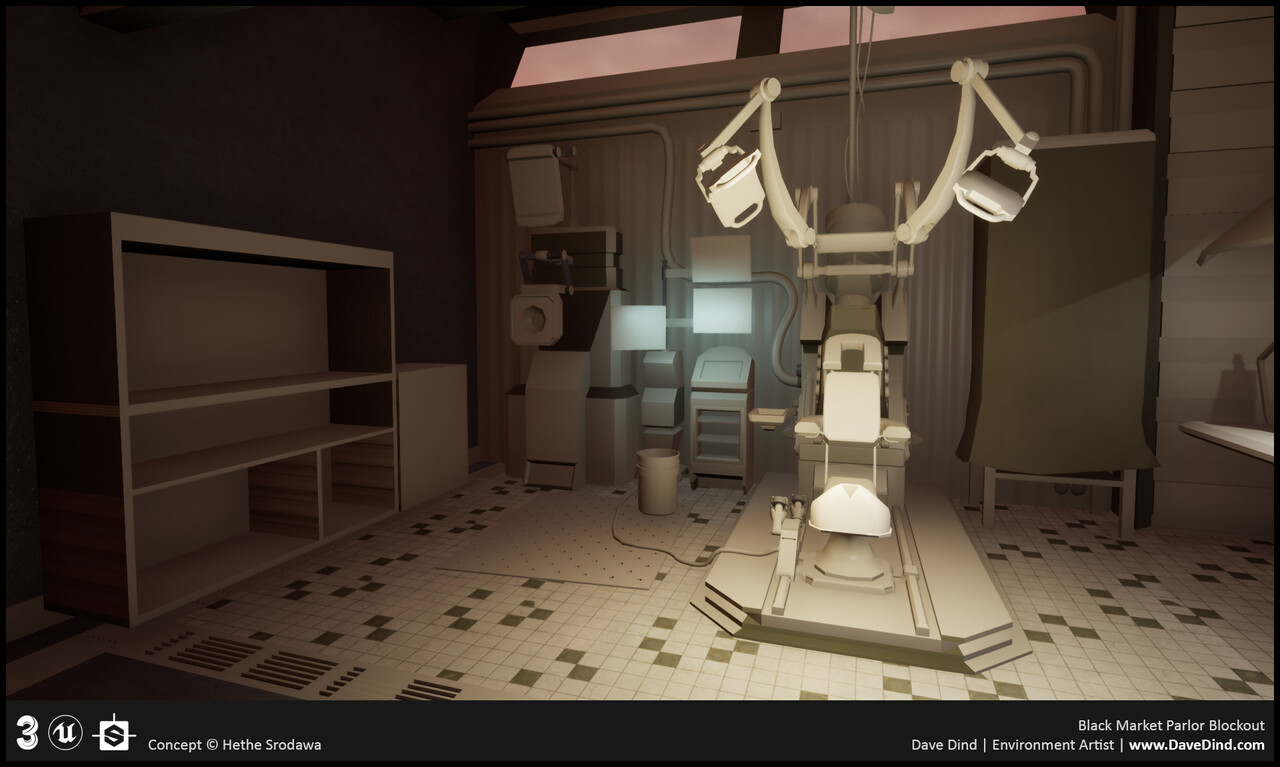 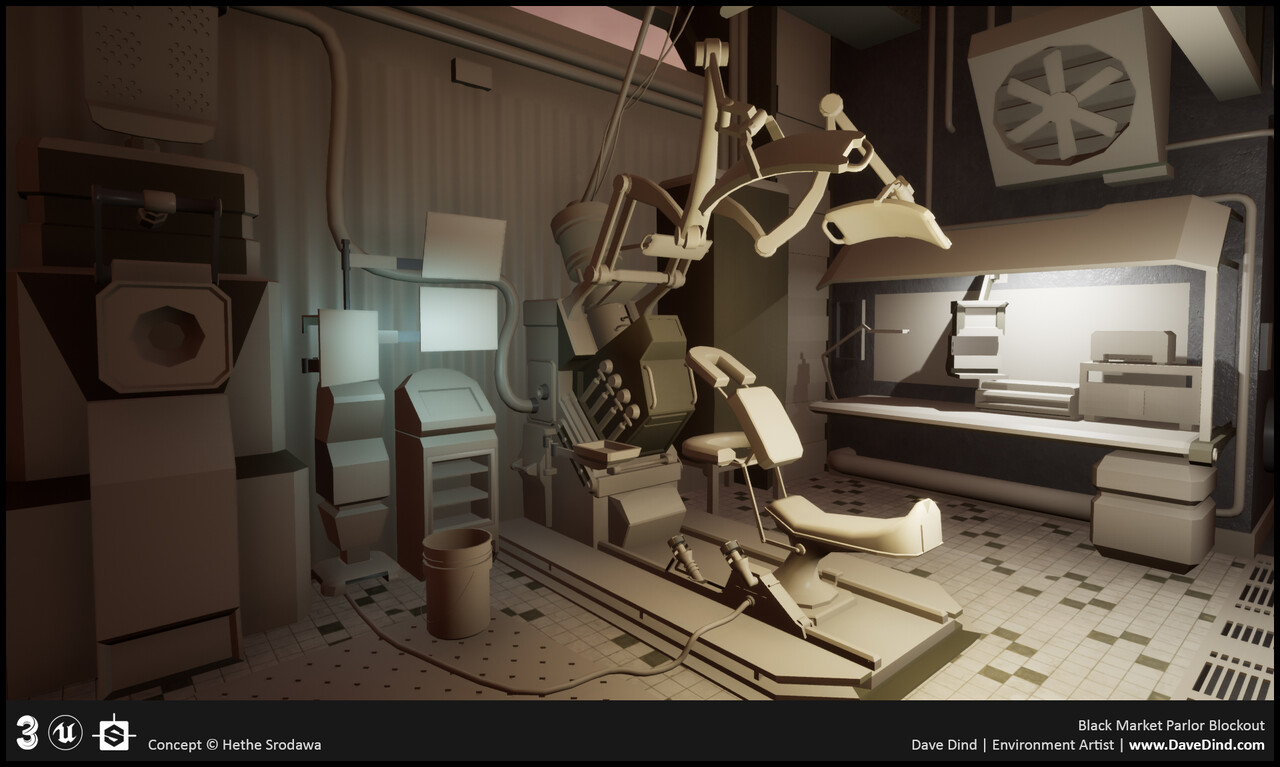 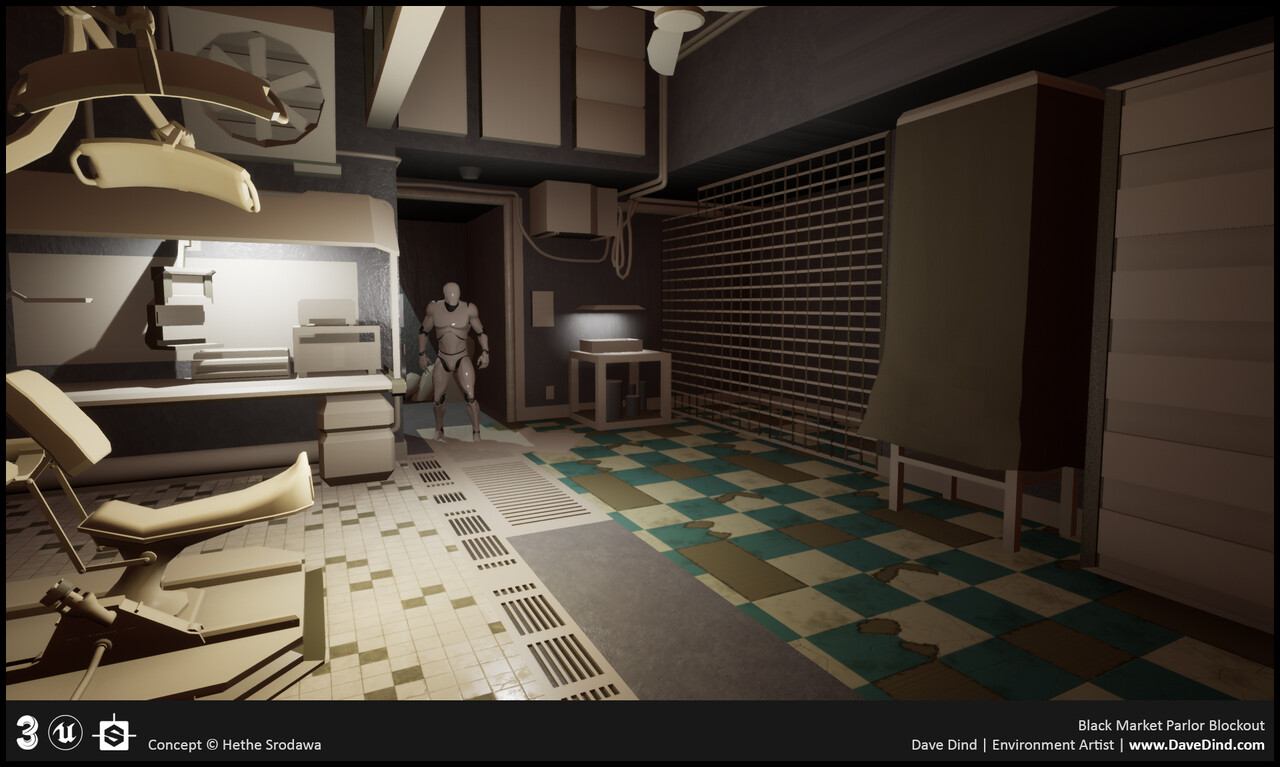